That I start updating the galleries.   Lots and lots of pictures going up soon.  Side note:  I got to break the three song rule with these three bands.  : ) 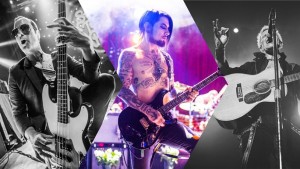 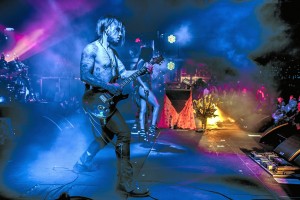 I was raised to never ask for anything. I’m not sure if it’s Mexican culture that dictates that it’s not polite to ask for anything, or if that was just Chilo (mi Abue’s thing). I lived with my grandparents from the ages 5 to 8.  During that time, it was so instilled in me to not ask for anything that even when someone gave me something, I never accepted it.  This was particularly hard when I was a kid.  I remember someone once tried to give me a toy, and I couldn’t accept it even though I really, really wanted it.  To this day, I’m still being shamed for asking my mom for money when I was 19.  Really.  But despite how I was raised, once in a blue moon when I have a wild hair up my ass, I go against everything I was taught.

So this brings me to Jane’s Addiction.  I got to shoot Jane’s Addiction three times.  The first time was at El Cid, in Los Angles, the second time was at the Music Hall in Tucson, Arizona, and the third time was last weekend at The Brooklyn Bowl in Las Vegas.  Two of the times, I bit the bullet and asked Dave Navarro if I could shoot the shows.  I remember the first time I asked him, he said the guest list was full but to ask him again for the next show (The El Cid one).  When I did, he apologized for only being able to get me in without a plus one.  I emailed him back something along the lines of “Seriously, Dave, I’m super stoked that I’m getting in. There is no need to apologize”.  He then apologized, again, and my mind was blown.  The second time I shot them, remembering that the local shows are a lot harder to get into, I asked his manager (who happens to be an awesome lady) if I could shoot the Tucson show. She was super sweet and hooked it up. I hadn’t shot a show in a couple of years. Despite the fact that one of my pictures made it to his Facebook fan page (the cover photo) I felt like my pictures sucked overall and I went into a depression. I remember feeling incredibly disappointed with myself, and put down the lens for a few months.  Side note: when you shoot most concerts, you only get to shoot the first three songs, unless you’re Ross Halfin or some other kick-ass photographer. The first 3 songs of the Tucson show I pretty much got nothing. Then I saw some other photographer go somewhere else and continue shooting, so I said “fuck it I’ll shoot until someone tells me not to, too.”  Had I not done that, I wouldn’t have gotten that shot or anything else.

I’m skipping a couple of stories that happened in between the Jane’s shows including Camp Freddy in 2012 and the 2013 SSMF.  The pattern was pretty much the same.  I shot the shows, then I went into a severe depression following the shows because I thought my pictures sucked, so much so that I deleted all my social media accounts.  And after a few months would go by, I found myself missing it deeply.

About two month’s ago, once again, I began daydreaming about taking pictures. I began Instagraming and Tweeting old photos like crazy.  When I remembered, I tagged people on them or @ them.  Both Dave Navarro and Dave Kushner retweeted a few, Billy Morrison retweeted a couple more, Robert DeLeo also retweeted one, and then Juliette Lewis regramed one of my pictures, and, for a minute, everything went bananas!  At that time, the only thing I knew for certain was that this time around, I wasn’t going to quit no matter what.  I was heading in a different direction when my friend (one of my favorite humans ever) convinced me to do this site.  Riding on all the craziness from the Juliette Lewis’ retweet, I finally accepted his help and within a couple of days this site was born.  Since then, every waking hour and even during my sleep, I have been obsessing over pictures (except for a few days when I had a Game of Thrones marathon).  It was during one of my walks in the park, when I thought to tweet Dave to see if I could shoot one of the Vegas shows.  I knew that if I didn’t tweet him at that very minute, I never would, so I just went for it.  He tweeted me back instantly to contact his guitar tech, Dan.  And that’s how I got to shoot the Brooklyn Bowl show. Do I still question the quality of my work?  Absolutely.  I came to the conclusion that no matter what, some part of me is never going to be satisfied with my shots.  I’m always going to wish I did better and that’s a good thing.  Normally, I would go curl up in a ball and hide for a few months (I’ve never really curled up in a ball, literally, but I was practically there).  This time around, I’m breaking my patterns.  I can’t recuperate lost time, but I can choose not to continue making the same mistakes.  As for asking for stuff, while I’m still not very comfortable with it, I have to admit that sometimes you just have to do it.  I mean the worse that can happen is that they say no, and if they do, the sun will still shine the next day.  Maybe one day, I will be so good that bands will start asking me to go shoot them.  That’s one of the goals.  In the meantime, the fact that one of the members of my favorite bands, called ME last week, shows me that maybe I do have some mad skillz after all.  I look forward to my phone blowing up with more awesome calls in the near future ;P