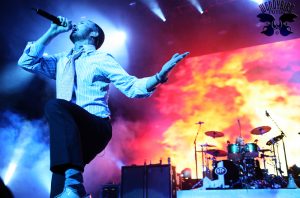 I remember going to see Stone Temple Pilots in Fontana, CA at the California Motor Speedway.   There are still several mental images that come to mind when I think of that concert.   I was memorized by the lighting.  I was enchanted by the energy.  I was dreaming that maybe one day I would be able to capture on film what my eyes were seeing.  That was in 2001.  Fast forward to 2008 when I had one of the most amazing moments ever.   I went to the Santa Barbara show with a friend that worked with them.  I didn’t have a photo pass, but I took my camera just in case.  I guess I believed that somehow magic would happen and I would get to shoot the show.  While we were backstage (just to be clear I don’t usually hang backstage) Dean walked in.   I introduced myself as WendyBird.  He said “WendyBird, I love your photos.  Are you shooting tonight?” (I think it went something like that but I was having a moment so I’m not too sure). I told him I didn’t have a photo pass, so he proceeded to call someone to give me one. And that’s how I got to shoot that show.  I’m still amazed that a member from one of my favorite bands ever knew who I was and liked my photos.  The girl dreaming to shoot them in 2001, after doing some cartwheels demanded that I get out there capture some magic.